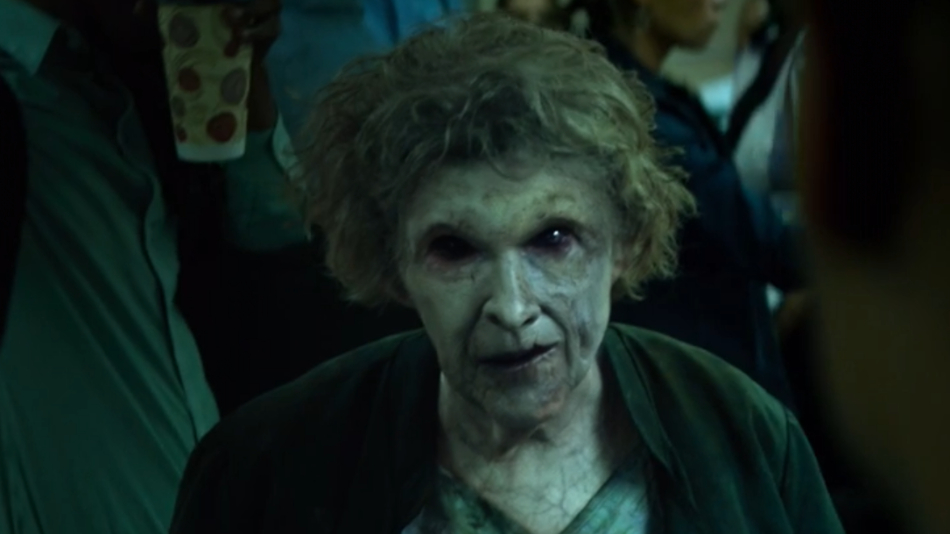 Watch This Creepy Clip from the New ‘Jacob’s Ladder’ Remake

When we first heard that the extremely bizarre ’90s cult classic horror film Jacob’s Ladder was getting a remake, we were pretty dubious. Why would anyone even try to attempt such a thing? But now that we’ve seen the following clip from the 2019 rendition, we can see a place for this reboot in our collection.

The new version swaps out a number of details from the original — for instance, the Vietnam veteran protagonist is now an Afghanistan veteran — but it still promises some absolutely mind-bending terrors:

“After losing his brother in combat, Jacob Singer returns home from Afghanistan — only to be pulled into a mind-twisting state of paranoia. Singer soon realizes that his sibling is alive but life is not what it seems.”

If the synopsis didn’t grab you (it is quite vague), then have a look at this suspense-filled clip, courtesy of Bloody Disgusting. In it, Jacob arrives home suspicious and arms himself with a baseball bat, looking for an intruder. When Jacob finds the intruder and subdues him, the man appears to be a demon. Or maybe it’s all in his head! Who knows?!

Jacob’s Ladder is directed by David M. Rosenthal. According to Bloody Disgusting, the film is currently airing on Dish before heading to select theaters for a limited run on Aug. 23.