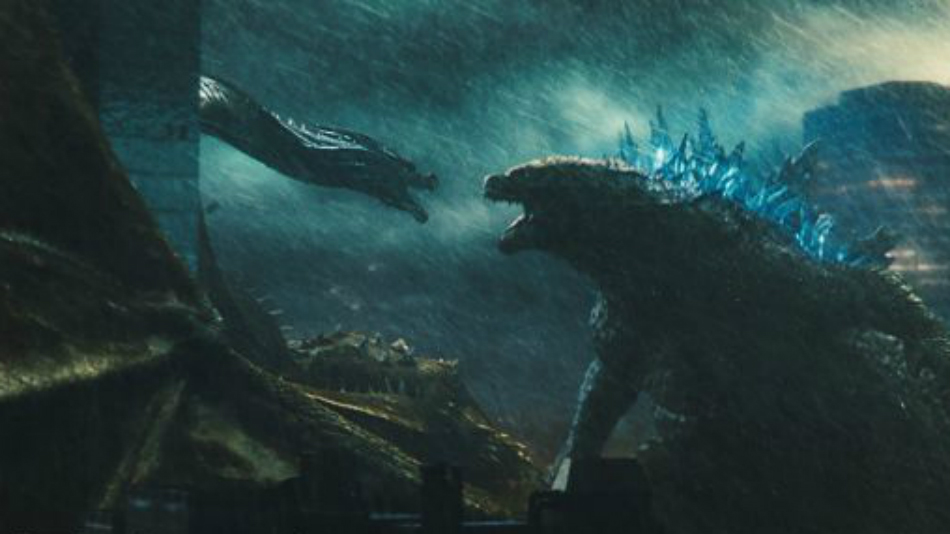 New ‘Godzilla: King of the Monsters’ Images Reveal the Battle You’ve Been Waiting For

With Godzilla: King of the Monsters stomping into theaters in just a couple of months, it seems like new content from the film is being released nearly every day in order to build anticipation for the film. And the latest dump of new images certainly does just that.

The four new images come from magazine Total Film, via Games Radar, and they offer a compelling look at the upcoming blockbuster. First up is a pair of photos depicting the film’s human cast: one with Millie Bobby Brown, Vera Farmiga, and Charles Dance surrounded by soldiers in cold weather gear, and another that gives a behind the scenes look at one of the film’s two returning characters from 2014’s Godzilla, Ken Watanabe’s Dr. Ishiro Serizawa.

The magazine also gives us a great look at the film’s non-human stars which, let’s be honest, are what we’re really interested in seeing. First up is a new shot of Ghidorah, the three-headed beast and presumed current King of the Monsters who is making his modern live-action debut in the film.

Then there’s a look at the battle we’re all chomping at the bit to see: Ghidorah vs. Godzilla. The two are seen charging toward one another in the film’s trailer, but this new image actually shows what happens once the two behemoths clash for real. It’s about to get serious.

Director Michael Dougherty also dishes on the new film to the magazine, describing his approach to portraying the iconic monsters. “You know, portraying the creatures as very realistic, but at the same time embracing the color that they could bring – especially when you had a three-headed dragon that shoots lightning,” he said. “You sort of have to embrace a more fantastical element when you bring in a giant moth, or a giant bird born out of a volcano. You try to keep it as grounded as you can, so that it feels real. But at the same time, you’re talking about very fantastical creatures.”

Godzilla: King of the Monsters hits theaters on May 31.