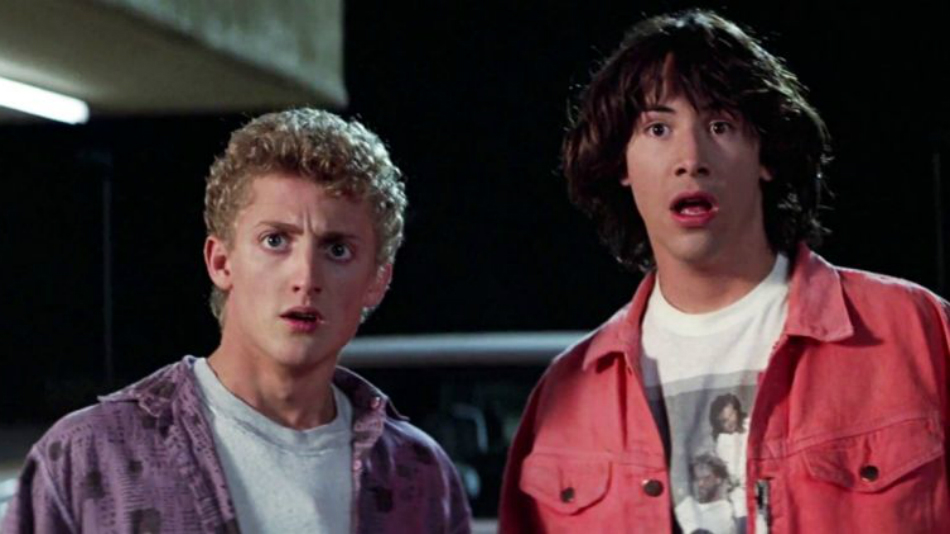 Strange things are afoot at the Circle-K, as after months and months of back-and-forth speculation it’s finally official: Bill & Ted 3 is happening.

The announcement was made by the duo themselves — Keanu Reeves and Alex Winter — who shot a brief promo video at the Hollywood Bowl and shared it to Twitter. In the video, the pair thank the fans for their continued interest in the project, rightfully pointing out that there would be no third Bill & Ted film without them. The two then state that the movie will — barring any unforeseen events — start filming this summer, with a planned release date sometime the following summer. In the original tweet the video was attached to, we also get the date “8.21.20,” which looks an awful lot like a premiere date to us.

The world is about to get a lot more excellent. Watch this special announcement from your two favorite dudes! 8.21.20 ?⚡️ pic.twitter.com/miOtBhinlC

The new film, Bill & Ted Face the Music, is a follow up to 1989’s Bill & Ted’s Excellent Adventure and its 1991 sequel, Bill & Ted’s Bogus Journey. The third installment is set to be directed by Dean Parisot (Galaxy Quest) off a script from original Bill & Ted screenwriters/creators Chris Matheson and Ed Solomon. The plot synopsis, according to IMDb, is as follows:

Two would-be rockers from San Dimas, California, were once told they’d save the universe during a time-traveling adventure, but find themselves as middle-aged dads still trying to crank out a hit song and fulfill their destiny.

This is all fantastic news, and we really have nothing more to add except two things: Be excellent to each other, and party on, dudes!