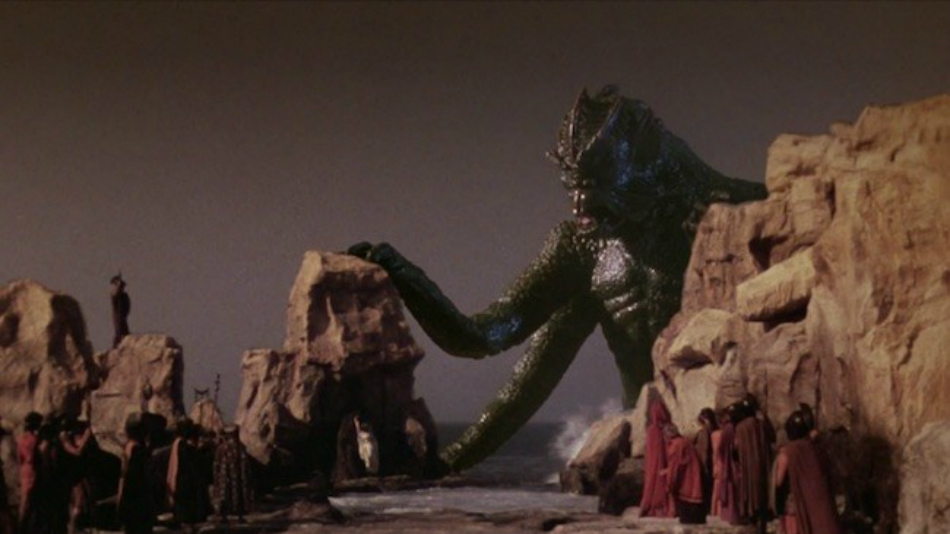 Ray Harryhausen’s Monster Designs To Be Used in New Film

Nobody made monster movies quite like Ray Harryhausen. The trailblazer revolutionized special effects in movies, and was responsible for crafting the creatures in classic films like The 7th Voyage of Sinbad, Jason and the Argonauts, and Clash of the Titans. He passed away in 2013, leaving behind loads of unused creature designs that never saw the light of day. But that will soon change with a new movie based on his work.

The Ray and Diana Harryhausen Foundation has announced that they’re partnering with Morningside Productions on a new film that will feature some of Harryhausen’s unproduced creature designs in the hopes of capturing some of that old Dynamation magic. The film, called Force of the Trojans, is based on an old screenplay written by the late Beverley Cross, who also penned a number of Harryhausen’s most memorable films.

“Force of the Trojans will embody the spirit of the original Harryhausen films with all the fun, vibrant action, epic scope and dedication to craftsmanship that has made Ray Harryhausen’s films timeless,” the Foundation’s trustee, John Walsh, said in a statement on Facebook. “Unlike other revisits to the fantasy adventure genre, Force of the Trojans will bring together stop-motion animation with the photo-real world of CGI, marking the first time that a monster battle will mix both techniques on screen in a major motion picture. In homage to a bygone era, this film will bring both worlds crashing together. For the first time, we can put on screen sequences that were not possible for Ray due to the limitations of special effects photography at the time.”

Mixing Dynamation techniques with CGI definitely has the potential to create something unique and special, and the fact that Force of the Trojans (which Walsh concedes may not be the final title of the film) is also using Harryhausen creature designs and a script from Cross suggests the final product — assuming it actually gets made — could be something creature fans have been waiting for for a long time.