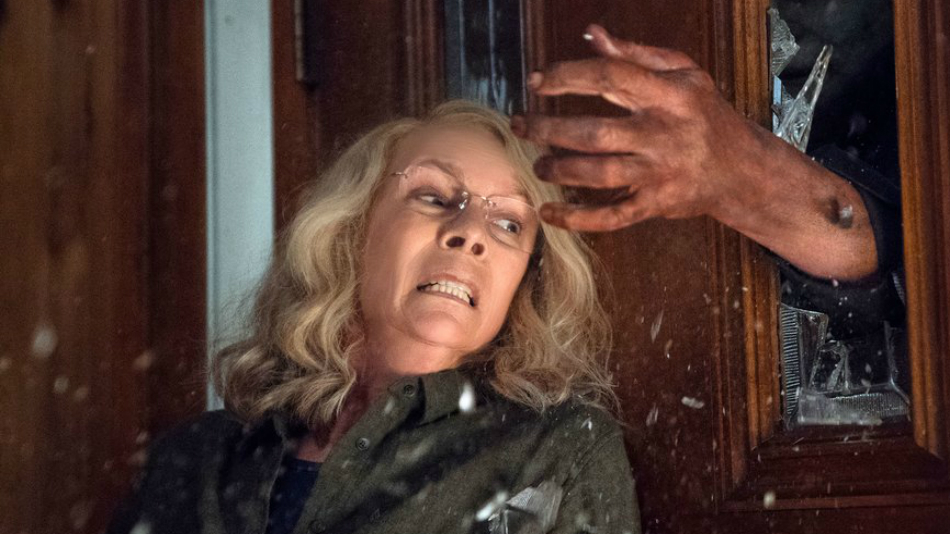 The next Halloween film has released its first teaser, which basically just serves to announce that there’s a full trailer on the way tomorrow, but perhaps more thrilling are the first photos of the film that have been unleashed.

The movie wipes the slate clean after the countless Halloween sequels, as well as the two reboot films, and goes back to basics by acting as a proper sequel to the 1978 original. That means Jamie Lee Curtis is back as Laurie Strode, she’s presumably not Michael Myers’ sister, and she’s going to have to come to grips with the fact that the psycho killer who terrorized her 40 years earlier is back and coming for her once again. It also seems likely that the Michael Myers in this new movie will be a serial killer in a mask and not the supernatural, unkillable Jason Voorhees clone he became in some of the franchise’s later installments. You can see the teaser, which directly references the events of 1978, below.

As for the pictures, three have been released. Two depict Myers; one where he’s outside in broad daylight and another where he’s emerging from one of his favorite hiding spots, a closet. The third is the coup de grâce, as it shows Laurie dodging her would-be killer’s mammoth hand as he shoves it through the glass panel of a door. You can view all three below.

The film is directed by David Gordon Green off of a script he co-wrote with Danny McBride. John Carpenter is also serving as executive producer on the film and handling its music, marking his first involvement with the franchise since 1982’s Halloween III: Season of the Witch. If that’s not enough to get you excited about seeing that ratty old William Shatner mask again, then we don’t know what to tell you.