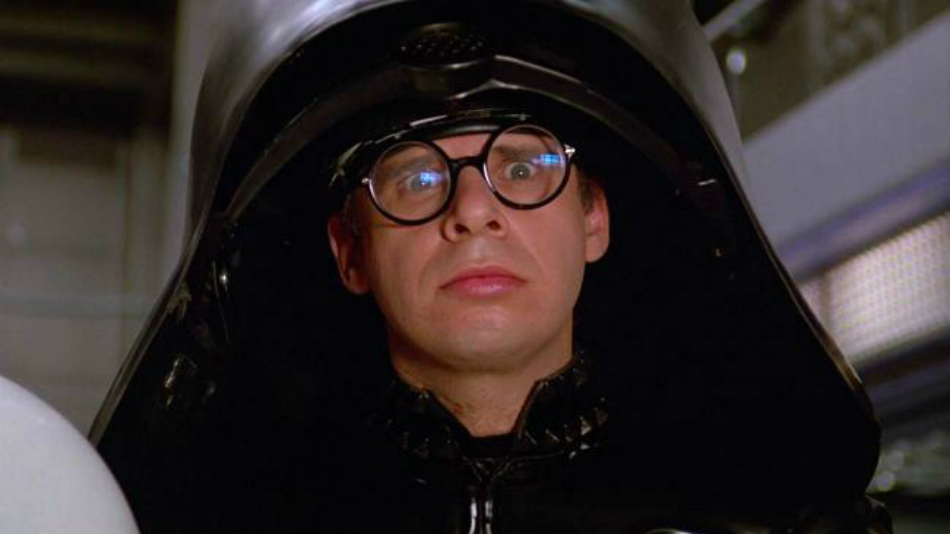 Watch Rick Moranis Reprise His ‘Spaceballs’ Role for Your Amusement

After being one of the biggest comedy stars of the ’80s with roles in films such as Ghostbusters, Little Shop of Horrors, and Honey I Shrunk the Kids, Rick Moranis effectively retired from live action acting in the ’90s to focus on raising his children. He’s popped up occasionally since then to do a bit of voice work here and there, most recently in Disney’s Brother Bear 2 way back in 2006, but now he’s back and reprising one of his most iconic roles.

In a major coup, the ’80s-set ABC sitcom The Goldbergs was able to convince Moranis to perform his first acting role in 12 years by voicing his character Dark Helmet from the 1987 spoof Spaceballs. Moranis stars on the May 9 episode of the series, where Dark Helmet appears to the character Adam Goldberg in a dream. Moranis doesn’t actually appear on screen in the episode, so his 21-year retirement from live action acting remains intact (he last appeared on camera in 1997’s Honey, We Shrunk Ourselves!), but instead lends his voice to the Darth Vader parody he made famous over 30 years ago.

You can check out Moranis’ full scene below, courtesy of Yahoo, and see if you can catch all of the clever nods and callbacks to Spaceballs that made it into the show.