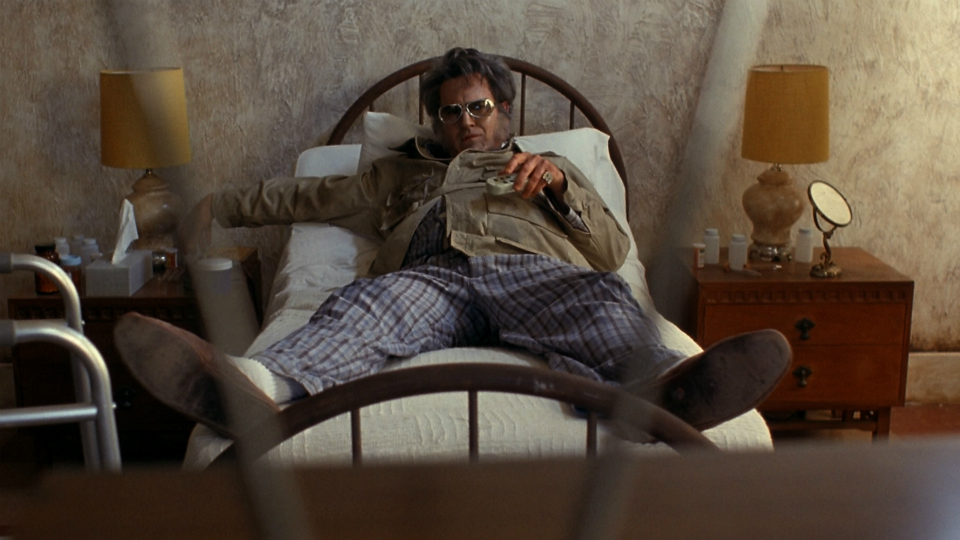 Several months ago, we told you about the Bubba Ho-Tep prequel novel, Bubba Ho-Tep and the Cosmic Blood-Suckers, which arrived earlier this year. Now, the story is set to be adapted in a new comic book series, which looks to tell the crazy story in a more expressive way than ever before.

The comic adaptation from IDW Publishing will be co-written by original Bubba Ho-Tep author Joe R. Lansdale and Joshua Jabcuga, with artwork by Todd Galusha and a fantastic cover designed by Baldemar Rivas. The comic follows the same story as the novel, and takes place during the tenure of President Richard Nixon, who enlists the help of Elvis Presley in battling shape-shifting vampires from outer space. Here’s what Lansdale told The Hollywood Reporter about the comic version of his story:

“Bubba Ho-Tep was an accidental story that turned out to be my first film adaptation, and it’s still going strong in story and film. And finally, it has inspired a background story that was first a novel, and is now represented in the medium that first made me want to be a writer: Comics. Graphic novels. What we used to call Funny Books. I’m excited and looking forward to readers discovering it all in color and looking fine.”

Since it doesn’t sound like a movie adaptation of Bubba Ho-Tep and the Cosmic Blood-Suckers is on the way anytime soon, a comic book version of the story is the next best thing. At least then we’ll be able to see the story illustrated in a fun way, and we’re really looking forward to seeing what these cosmic blood-suckers look like. Plus, as an added bonus, Lansdale says there could be even more Bubba Ho-Tep content on the way if the comic book series does well. “May more Bubba comics burst into existence and give the world the true story of how the world has been protected from evil, and for quite some time,” he told THR. “Thank goodness these defenders are out there, working in the shadows.”

The Bubba Ho-Tep and the Cosmic Blood-Suckers comic will hit store shelves sometime in March, 2018.