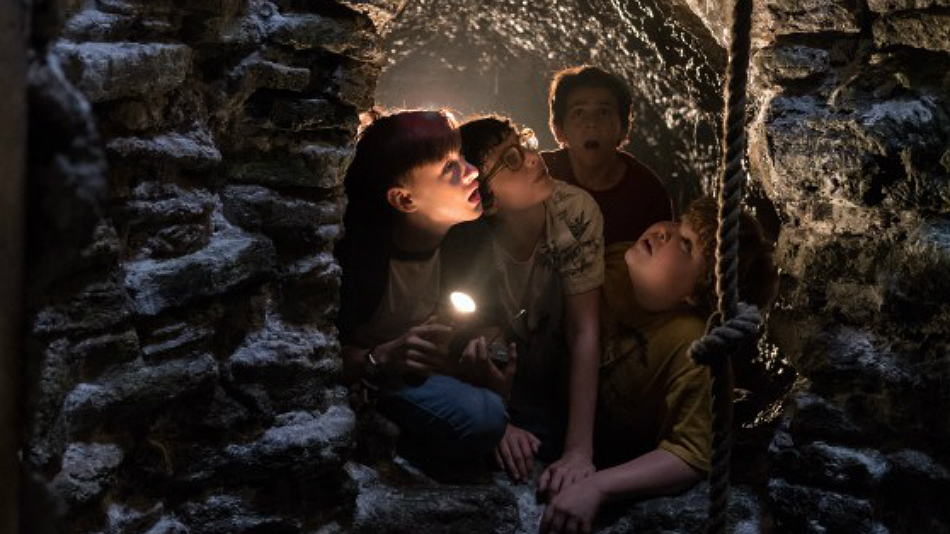 It hasn’t even hit theaters yet, but the buzz for the movie is so great that its director is already talking about the sequel. And fans of Stephen King’s original novel are really going to like what he has to say.

When we first heard plans for Andy Muschietti’s It reboot, the plan was for the film to focus on the Loser’s Club’s encounters with Pennywise in 1989, with a sequel then taking place roughly 30 years later and featuring the now-adult members of the Loser’s Club encountering It again and planning to defeat it once and for all. And while that’s still largely the plan, Muschietti has revealed a few details that have us extra excited about the next installment, including a return to the ’80s and a look at It’s home dimension, the Deadlights.

“Getting in to that other dimension — the other side — was something that we could introduce in the second part,” the director told Yahoo! “In the book the perspective of the writing… is always with the Losers, so everything they know about Pennywise is very speculative and shrouded in absurdity, so [in the first film] I wanted to respect that mystery feeling of not knowing what’s on the other side … I also wanted to leave something for the second half, so I didn’t want to get in trouble with that — going into the macroverse or that transdimensional stuff — and keep it grounded, from the point of view of the kids. There’s another movie to expand into that. Also, there’s a physical truth that it’s a movie that has a budget. And I didn’t want to get into a depiction of a realm that f—ks up our budget, the creation of a world that will basically suck up half of our budget, and would have to sacrifice a lot of things.”

The first reactions to the film have praised the young cast, so it’s no surprise that Muschietti plans on bringing them back for the sequel rather than having the movie exclusively feature the adult versions of the characters. “There will be a dialogue between the two timelines,” he revealed, “which is something that I love from the book. So it’s not just the [Losers’ Club as] adults, we’re going to come back to 1989.”

It hits theaters on September 8, while the sequel has not yet been formally announced and has no set release date, but will likely begin shooting next spring.