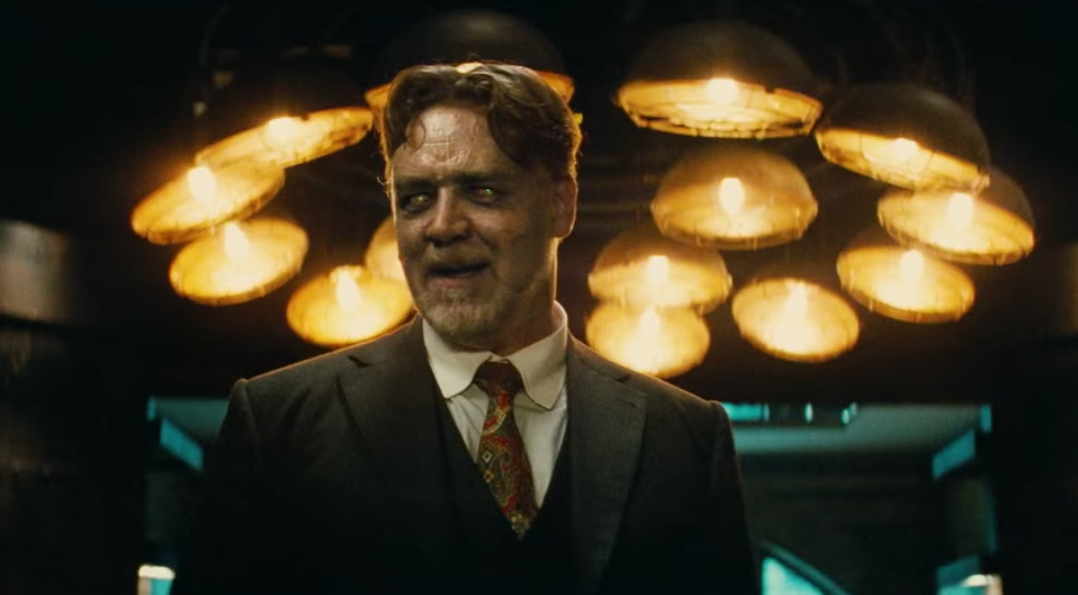 A major monster universe is starting to take shape over at Universal Pictures, and like any good cinematic universe, it’s going to need a central character to serve as the glue that holds the whole thing together. The fun all kicks off with The Mummy this summer, and a new featurette for the Tom Cruise action flick might just have revealed which character will be weaving the web that brings the whole franchise together.

We’ve not seen much of Russell Crowe’s character in the previous trailer– we’ve just heard his voice warning Cruise’s character of the danger that Ahmanet the Mummy poses to him and the wider world– but this new featurette shows Crowe’s Dr. Jekyll making his famed transformation, which along with some other monstery Easter Eggs, has us thinking Jekyll and Hyde will be to the monster-verse what Iron Man was to the MCU.

As Crow reveals, Dr. Jekyll heads up Prodigium, an organization that seemingly deals exclusively in monster weirdness. During the footage, we see Cruise strolling through Prodigium HQ, witnessing countless artifacts and specimens in various test tubes and jars. One such artifact appears to be a vampire skull, which would link nicely into Universal’s planned reboot of Van Helsing, or any other Vampire-based title they choose to resurrect.

Using an organization like Prodigium to put an almost scientific grounding in Universal’s monsters is a really fun approach to this new franchise, and I’m all of a sudden a lot more interested in seeing how it all pans out.