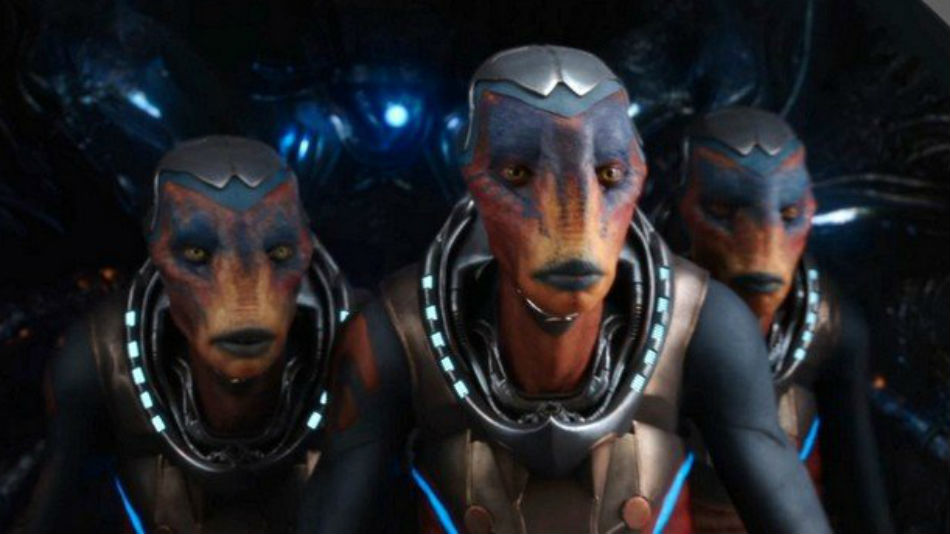 The first full length trailer for Valerian and the City of a Thousand Planets is here, and man oh man is it spectacular.

This movie is looking more and more like the over-the-top, crazy, bizarre sci-fi adventure that we’ve been hoping for, and we really shouldn’t expect anything less from The Fifth Element director Luc Besson. The new trailer features loads of ridiculous action, more weird alien species than you can count, and just the right amount of camp. There’s also a pretty sweet ray gun that can aim at two people (err, aliens) at once, and it’s worth noting that the CGI here looks infinitely better than it did in the film’s first teaser trailer from four months back. Have a look below.

The film is based on the French graphic novel Valérian and Laureline, and represents a pretty big gamble on the part of the producers. With a $180 million budget, you can bet that no expense was spared in translating the craziest elements from the original comic to the screen, and that really shows in the crazy awesome trailer. It’s definitely a risk for a studio to spend so much on such a little-known property, but they’re no doubt hoping that there are enough fans out there who are fans of original sci-fi and are tired of sequels to make the film profitable. Let’s hope that’s the case when the movie opens on July 21.