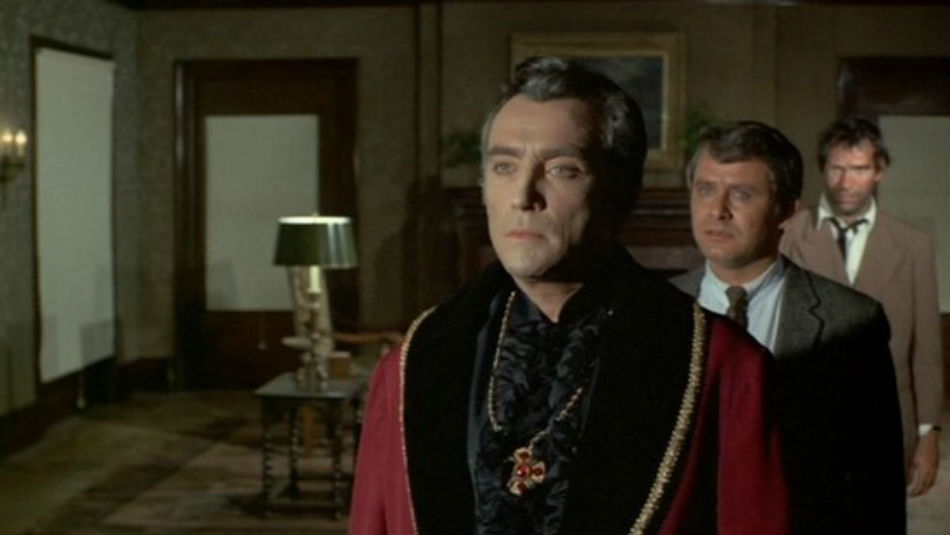 Everyone’s heard of Count Dracula. The guy is basically the king of vampires, featured in practically every vampire movie known to man. There’s Dracula, Bram Stoker’s Dracula, Dracula: Dead and Loving It… you get the idea. You know Dracula, you like Dracula, Dracula’s great. But what if I told you there was an even better vampire movie out there, starring an even better vampire, who also happens to be a Count?

Count Yorga, Vampire is a super low budget vampire movie from 1970 about a vampire by the name of, you guessed it, Count Yorga. And, even though he kind of looks like and acts like Count Dracula, he’s not Dracula! So stop trying to call your lawyers, Bram Stoker’s estate. Not only is Count Yorga very obviously not Count Dracula, but his movie is better than all Dracula movies combined. Here’s why.

1. The Film Lets You Know Right Away That Count Yorga Is A Vampire

Don’t you hate it when vampire movies beat around the bush about who’s a vampire and who isn’t? Not so with Count Yorga, Vampire. The title informs you that Count Yorga is a vampire right off the bat, so you don’t get the seance-performing, cape-wearing Bulgarian Count confused with say, Count Yorga the baker.

2. His Fashion Sense Is On Point

All vampires are flashy dressers, including Dracula, but none can top Yorga. Those wide lapels, the shiny black cape, the killer sideburns… Yorga is basically the Fonz of vampires.

3. The Score Is Amazing

Everybody knows the ’70s had some amazing music. Led Zeppelin, The Eagles, Billy Joel, and the Count Yorga, Vampire soundtrack. That’s not an exaggeration (OK, maybe a slight one). The movie’s music does a fantastic job of setting the mood, really elevating the movie’s scary scenes to another level.

4. The Opening Narration Is Epic

The voiceover that opens the film literally goes over all of the basic rules of vampires, which could certainly come across as boring in a lesser film, but here it’s performed by classic actor George Macready with such panache and urgency that you will instantly be absorbed by everything he’s saying. It’s almost as if Macready, like Yorga, has hypnotic skills that “baffle the domain of science.”

Slasher movies weren’t really a big thing until the ’80s, but the Friday the 13th formula of “young people have sex, subsequently get brutally attacked by a stalker in the woods” is on full display in Count Yorga, Vampire. Yorga doesn’t need to lure you to some spooky castle (though he does that, too), he’ll get you whenever and wherever.

Sure, it comes from a different era, but listen to this advice from a doctor in the movie after a character has been drained of a significant amount of blood by Yorga: “When you get home, I want you to stuff yourself with steaks. Steaks! I want you to eat them as rare as possible. That goes for the next few days.” You know what they say, ten steaks a day keeps the doctor away. As a bonus, he says this while smoking a cigarette in his patient’s face.

Yep. First titled The Loves Of Count Iorga, Vampire, the film was turned into a legitimate movie only after star Robert Quarry said he’d only do it if they played it straight. However, some scenes from the original script seem to have snuck in, like a scene where Count Yorga very creepily watches two of his buxom vampiresses embrace. You’re not gonna see that in a Bela Lugosi movie.

8. Yorga Has So Many Fangs

While most vampires make do with two fangs, Count Yorga has a mouth full of sharp teeth. “The better to bite you with,” is something I imagine he says in a scene that ended up on the cutting room floor.

9. Everyone Believes In Vampires Very Easily

You don’t want to waste the whole movie watching the cast hemming and hawing over whether vampires are real or not, so it’s great to see basically everyone in this movie come to the conclusion that vampires are real very early on with surprisingly little evidence.

10. Yorga Has The Best Personality

You didn’t think Count Yorga’s awesomeness could be contained to just one movie, do you? Despite dying at the end of the first film (spoiler, sorry), Yorga comes back to life in 1971’s The Return of Count Yorga, which isn’t that surprising considering he’s a vampire. What is surprising, though, is that one of the main actors of the first film, Roger Perry, returns for the sequel… playing an entirely different character! You can’t make this stuff up, folks.

You can catch Count Yorga, Vampire and The Return of Count Yorga back-to-back on Saturday, February 11, at 2 p.m.