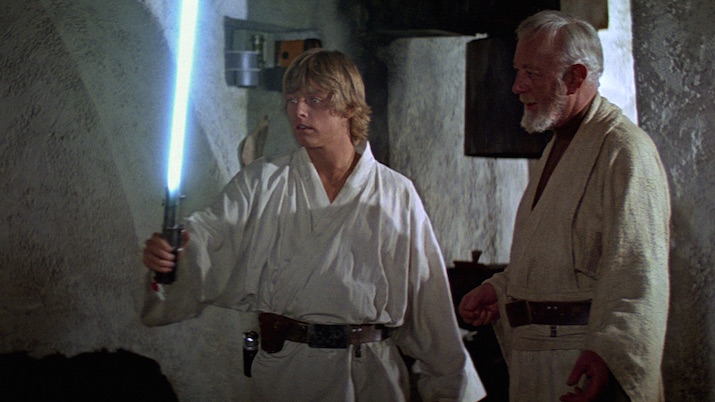 The Most Expensive Sci-Fi Movie Props Ever Sold

As we all look for ways to take our movie fandom to the next level, some folks are finding increasingly weird and wonderful ways to get closer to their favorite title or franchise. But if you’ve got an excess of money, one of the best ways to celebrate your love for a movie is to own a small piece of its history. The movie prop market is booming, and while the likes of Marilyn Monroe (The Seven Year Itch) and Audrey Hepburn’s (My Fair Lady) famous dresses top the list of the most expensive props ever sold, it’s Science Fiction that dominates the rest of the list.

When it comes to geeking out over movie memorabilia, nobody does it quite like us Sci-Fi fans. As the list below shows, sci-fi fans have spent a staggering amount of cash on props and artifacts.

Even a hardcore Star Wars fan like myself can admit that Star Trek’s Starship Enterprise is the most iconic sci-fi spacecraft ever made, so it’s fitting that it should top this list. Back in 2006, auctioneers were stunned when a 78-inch replica of the Enterprise (NCC-1701-D) exceeded their guide price of $25,000 to sell for over half a million dollars.

In the real world, the story of the iconic stainless steel DeLorean might be somewhat tragic, but for Sci-Fi fans it’s probably the most beloved automobile the genre has ever produced. In 2011, the very same car that was used in all three installments of the sci-fi classic was snapped up for $541,000. I’m not even sure I’d pay that much for a sports almanac from the future, let alone a car that used to go for around $30,000 before its company went bankrupt. But, hey, that’s fandom for you.

How do you take things to the next level with a sequel to a sci-fi classic like Terminator? For Judgement Day, James Cameron and his team created a life-sized model of the now famous T-800 Terminator skeleton. The model, which came complete with red glowing eyes, was sold for $488,000 in 2008.

TIE Fighter’s aren’t just the play-things of Emperor Palpatine and his Imperial fleet, they’re also available to anybody with hundreds of thousands of dollars to throw around. A miniature model of the Twin Ion Engine Starfighter used in the first Star Wars movie became the most expensive Star Wars prop ever sold when it fetched a price of $402,000 back in 2008. (N.B George Lucas’s Panavision camera was sold for $625,000, but that’s not technically a prop, so we’ve left it off this list.

The title for the most expensive piece of sci-fi weaponry goes to Harrison Ford’s replicant-smashing pistol from Blade Runner. At a 2009 auction of movie props and memorabilia, the pistol topped the billing, more fetching almost triple its $100,000 estimate.

Is there any weapon, sci-fi or otherwise, more famous or more recognizable than the Lightsaber?  Probably not, which is why it’s surprising to see the most famous of all lightsabers not topping this entire list. Luke Skywaker’s lightsaber from A New Hope and Empire Strikes Back has been witness to some of the most important moments from the entire Star Wars saga, so even though it doesn’t actually work, a quarter of a million dollars doesn’t seem like too big of a price!

Regardless of your feelings about the recent reboot, you’d be hard pressed to deny that Ghostbusters is one of the great sci-fi franchises. Just like we’ve all once pretended to wield a phaser or a lightsaber, our inner children have probably all seen us pretend to zap a ghost with a proton pack. If you want to take that roleplay to the next level, just cough up a cool $130,000 for the real thing from Ghostbusters 2.